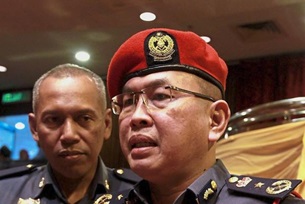 Fire safety awareness among property owners in Kuala Lumpur is improving with more coming forward to request safety checks and fire drills. During the Kuala Lumpur Fire and Rescue Department’s (KLJBPM) inaugural fire-and-rescue briefing for premises emergency response teams, Senior Assistant Fire Commissioner (PKPjB) Khirudin Drahman said the department had to date received requests from more than 700 premises. The KLJBPM director said there had also been a marked increase in high-risk buildings with fire certificates (FC). “In 2011, only about four buildings had an FC. Now, we have recorded about 789 buildings in the Kuala Lumpur area.

“The number of people involved in volunteer and community firefighting programmes has also increased,” Khirudin said after the briefing at Menara DBKL, Jalan Raja Laut.
More than 500 people attended the briefing on effective performance in fire control and the importance of fire drills and building safety inspections. “This public engagement programme helps us to know the public’s perception on fire safety, and in turn, the public gains insight into effective fire-fighting methods and fire control. “Training equips premises owners with basic fire-fighting skills and the proper way to use fire extinguishers. “This is important because they would be the first responders when a building catches fire before the fire-and-rescue team reaches the place of incident.

“There are a few fire hotspots that we have identified in Kuala Lumpur, and we have already put emergency preparations in place,” Khirudin said. He added that high-risk premises should become role models by adopting a high-performance, fire-control service to reduce mortality rate and loss of property from fire. Last year, about 95% of the properties were saved from fire compared to previous years. Premises owners are urged to at least acquire basic fire-fighting equipment, especially if the building is categorised as high-risk.

“This includes multi-storey buildings with underground structures and those with more than 10,000 cubic metre in volume. “Many Malaysians still refuse to install smoke detectors and fire extinguishers at home. “We must prepare ourselves before a fire happens by having an extinguisher on standby,” Khirudin said, adding that all parties should work together to achieve high performance in fire control.