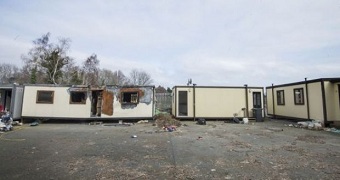 Almost 80 per cent of Traveller accommodation in Ireland has significant fire-safety risks, an unpublished audit has found, reports Irish Times. The review from the National Directorate for Fire and Emergency Management finds the lives of Travellers across the State are being put at risk through the use of overloaded electric sockets, overcrowded sites, caravans and mobile homes being placed too close together, along with a lack of fire blankets and smoke alarms.

The report was ordered on October 13th last year, three days after the deaths of 10 people, including five children, at a temporary halting site in Carrickmines, Dublin.

All local authorities were told by the secretary general of the Department of the Environment (now the Department of Housing and Planning) to review fire safety on sites, engage with Travellers on fire-safety awareness and to carry out necessary remedial works.

The 49-page document described as an “interim report”, sets out the position at that point. A final report is expected later this year. Of the 31 local authorities, 14 had not made returns on their findings, including the four Dublin local authorities, Cork city and Galway. According to the findings, unsafe and overloaded electrical installations are an issue on 78 per cent of sites, and overcrowded bays and pitches on 61 per cent. Units are too close together in 58 per cent of cases.