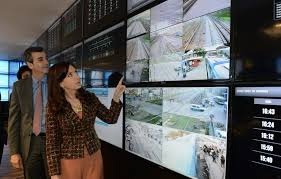 Hikvision is supplying nearly one thousand facial recognition cameras to the Chinese government to be installed at the entrances of mosques in a county in the south of the Xinjiang region, say reports.

According to a tender reviewed by video camera research firm IPVM, HD cameras from Hikvision designed to withstand extreme temperatures will be installed at 967 mosques as part of a $46 million project for an extensive surveillance system in Moyu County, in an area which has suffered several terrorist attacks. IPVM reports that Hikvision and Dahua Technology have roughly $1 billion in security project contracts across Xinjiang.

Hikvision is 42 percent owned by the Chinese government through its state-owned security hardware parent company CETC. The company provides cameras to offices and schools across China, as well as UK police and U.S. military bases. U.S. officials have sought a ban on the use of Hikvision technology by federal agencies, according to The Times, amid allegations of national security risk and a software vulnerability scare.

It was recently reported that Zimbabwe’s government will use Hikvision facial recognition technology to improve its border security. Last week Dahua released a series of IP cameras with built in face detection and facial recognition powered by deep-learning artificial intelligence algorithms for real-time monitoring.