Private security companies must respect minimum requirements on accountability, the screening of staff and reporting on misconduct, while staying away from tasks usually reserved for the military said a committee of MEPs (Members of the European Parliament). Foreign Affairs Committee and Defence Sub-Committee MEPs advocate EU-wide rules on private security companies (PSCs). The use of private contractors must be limited to logistical support and the protection of installations and only EU-based PSCs should be contracted for protection tasks abroad, say MEPs.

MEPs suggest drawing up an open list of contractors complying with EU standards on transparency, criminal records, financial and economic capacity, licences, strict vetting of personnel, and adhering to an international code of conduct,. This could be followed by a single set of rules for EU institutions that use PSCs to protect EU staff, modelled on UN or NATO practices.

“More than 70% of EU citizens say that security and defence should be a European Union priority,” said Parliament’s rapporteur Hilde Vautmans, urging “the Commission and the Council to come forward with EU standards for private security companies in order to enhance transparency and democratic control”.  The resolution on private security was approved by 50 votes to 6, with 1 abstention. The full House is to vote on it at the June plenary session in Strasbourg.

The EU numbers some 40,000 private security companies (PSCs), employing more than 1.5 million people (2013 figures) and supplying services that range from logistical support, through running prisons or providing protection, to combat support and supplying military technology. They are also used to guard EU delegations in third countries and provide security for the premises of EU missions and operations

PSCs, which are used by EU member states to compensate for shrinking armed forces or to avoid limitations on the use of troops, have been accused of human rights violations and even of causing casualties. This has revealed gaps in accountability and has negative implications for the EU’s foreign policy aims. 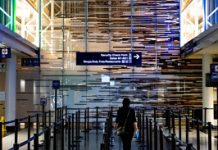 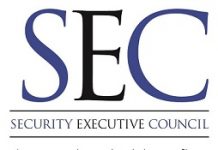