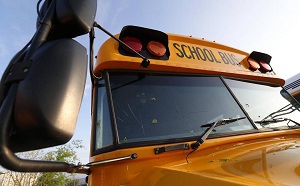 Some Texas students will soon be getting a safer ride to and from school. A new law requires that any new school buses bought in Texas must include three-point seat belts. That means that school kids of all ages will finally have to buckle up on all rides, due to Senate Bill 693, which went into effect Sept. 1.

Every day, around 1.5 million Texas students ride a bus to and from school or events And a number of school bus accidents have led to countless injuries and deaths of children across the state. The new Texas law doesn’t require older buses to be retrofitted, but any bus models starting in 2018 must include the seat belts. The Fort Worth school district has about 400 buses, 70 percent with seat belts, mostly the lap-belt type, said Clint Bond, a spokesman for the district. All of the special-needs buses already come with full three-point belts. And the most recent order of buses, around 20, will have those seat belts as well, Bond said.