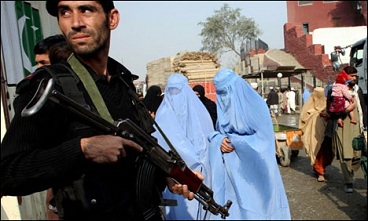 According to sources in the Ministry of Interior (MoI), the ICT administration has proposed a number of amendments in the present rules governing the establishment and operation of private security agencies in the federal capital. “The private security companies can be used for the support of the district administration whenever explicitly invited/directed to do so by the district administration of a district in an extraordinary situation like law and order/earthquake or any other natural or man-made disaster. Penal consequences to follow in case default thereof,” reads one of the proposals suggested by the ICT administration to the ministry. For this, it said, amendment in relevant rules will be required. At present, the matter of private security companies is being regulated under Private Security Companies Ordinance, 2001 and Private Security Companies Rules 2001.

The set of proposals and subsequent amendments said private security companies shall be liable for provision of information to law enforcing agencies (LEAs) regarding occupants of premises on a prescribed proforma for diplomats, foreigners, hostels, NGOs, associations, or other private establishments.

The proposals said employment structure of the company must contain, among other conditions, terms ensuring suitable compensation as specified by the MoI from time to time regarding injury or death of its security guards while on duty in addition to financial health of the company and details of payment of taxes. The committee would also take into account the number of security guards to be employed as per proposed offices and operations and detail of proposed weapons to be held by the company. In case of any incident of criminal nature at the place of security guard deployment, the role of the security guard will be scrutinised on the basis of police investigation, the proposals read.