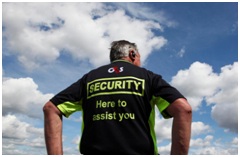 Companies like G4S or Serco would be able to detain people for failing to pay court fines or breaching community penalties, UK government plans show. The ideas were revealed in tender documents put out by the Ministry of Justice in UK. The courts already allow private firms to enforce court judgements by sending bailiffs to seize property to encourage payments of courts fines or costs orders. But the move would mean a huge widening of “warrants of arrest” powers issued by JPs to force people to attend court.

If it went ahead it would mean HM Courts and Tribunals Service (HMCTS) would privatise part of its operations in a £290 million deal. The MoJ tender document said: “MoJ would also like to explore the potential transfer of service of all warrants currently executed by Civilian Enforcement Officers…covering fines and community penalty breaches.” An HMCTS spokesman said: “We have robust processes in place to ensure agency staff comply to the same standards as HMCTS staff … we are in discussion with providers to extend the work of enforcement agencies and will make further announcements in due course.”