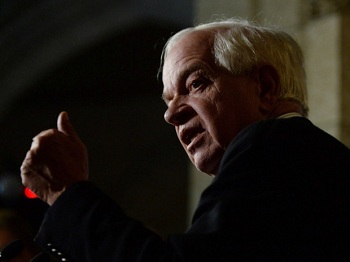 Private security contractors will join Canadian troops in providing protection for the government-wide operation that brings Syrian refugees to Canada, according to a draft of the plan. The plan to bring 25,000 refugees to Canada by Dec. 31 will involve federal staff from several departments, with an unknown number working overseas. The refugees are expected to be collected from centres in Beirut, Lebanon and Amman, Jordan.

A major security operation is being developed to ensure federal workers are protected. The Department of National Defence, for example, will provide “hostile environment training” to employees going overseas. The military also will provide security for public servants at the refugee “points of departure,” according to the draft of the government’s strategic plan for “Operation Syrian Refugees” obtained by the National Post.

Private security forces also will be used for the mission. “Private security companies to be contracted abroad (will) undergo appropriate security checks,” the plan notes.
“The safety and security of Government of Canada personnel as well as of the refugees will not be compromised by this operation.” Private security contractors have been used by the Canadian government in Afghanistan and other countries close to or in conflict zones.

Security reviews will be done at the collection sites, the temporary processing centres for the refugees, the hotels where Canadian government employees are staying overseas, and the airports from which the refugees leave, according to the draft plan. Security will also be increased at the main ports of entry for the refugees — Montreal and Toronto — as well as along transportation routes in Canada and at the interim lodging sites earmarked for the new arrivals.