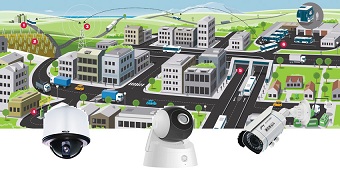 Security is the number one barrier to delivering IoT initiatives in the industrial, smart city and utilities markets, according to new research from the Wi-SUN Alliance. The global, standards-based non-profit polled IT leaders in the UK, US, Denmark and Sweden who are investing in these kinds of IoT projects. It found that although half have a fully implemented strategy already in place, 90% said they struggled to implement a plan and 36% said they found it “extremely difficult”.

“I think there are definite concerns after a fair number of high-profile hacks and that has put off people who think if they’re doing an IoT deployment they’re increasing their vulnerability to attack,” Wi-SUN Alliance president and CEO, Phil Beecher, told Infosecurity.

“If you think about the Ukraine utilities hack that occurred not that long ago… people are concerned about exposing their networks to that sort of hacking attempt. Although most of these are not coming about as a result of the wireless communications network.”

The Wi-SUN Alliance claims to help meet end customer demands for multi-layered security by offering device vetting to ensure any devices with compromised firmware can’t connect to the network. On top of this it offers authentication and encryption of traffic, capabilities to prevent eavesdropping and signal jamming, and support for over-the-air updates.
Proven security with multi-layered protection like this and continuous monitoring was rated “absolutely crucial” for around half of respondents.

Interestingly, security and safety (63%) also topped the list of IT leaders’ main technical challenges with IoT projects, followed by data management (46%), network configuration (41%) and skills (39%). These concerns are mirrored by the end-user community. A Gemalto study from last month revealed that 90% of consumers aren’t confident in the security of their IoT devices, with two-thirds worried about the prospect of hackers hijacking their gadgets.