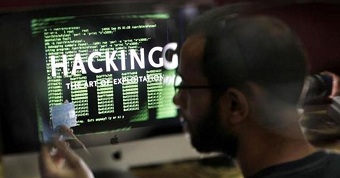 In an effort to improve cyber security, the Telecommunications, Digital Infrastructure and Foreign Employment Ministry will bring all Government organisations under the Sri Lanka Computer Emergency Readiness Team (SLCERT), train 5,000 cyber security experts and work to become a cyber security hub in the region. The Cabinet of Ministers approved the proposal presented by Telecommunications, Digital Infrastructure and Foreign Employment Minister Harin Fernando to implement the cyber security strategy which has been prepared with the participation of experts in the field.

“We want to be a leading cyber security expert in the region,” he added. Fernando said that suitable candidates would be selected from universities and other institutes under the supervision of experts. He also noted that computer literacy would be considered during the selection process. “We give prominence to IT competency and practice rather than just paper qualifications,” he asserted.

Public officials will be given priority during the selection process with a training framework to be designed in due course. Extensive training will be given to selected candidates. Fernando also said the Microsoft cyber security regional hub could start its operations in Sri Lanka. The Government had already started to negotiate with Microsoft on possible operations in Sri Lanka, according to the Minister.