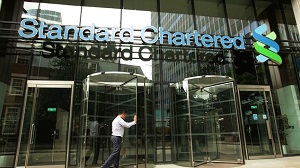 Standard Chartered Bank has started to roll out biometric verification including voice and finger print validation for ensuring secured banking across Middle East, Africa, and Asia including Pakistan. Standard Chartered Bank announced that in a “most extensive” roll-out of fingerprint biometric technology by any international bank, the said facility will be made available to more than 5 million clients.

Through the introduction of biometrics, users will be able to use the Standard Chartered’s mobile banking services by verifying their identity using finger prints. While the voice verification will allow Customer Care Call Center Representatives to verify the identity of the caller in real time and hence will allow more empowered call banking, the biometric facility will make sure that the users have secured access to their bank account balances, cards, and investments.

The technology is said to hit Pakistan along with 15 other markets of Asia, Africa, and the Middle East by the end of current year. The fingerprint facility, however, is already functional in Singapore, India, and the UAE. These markets will be getting voice verification with the current roll-out. Other countries of Asia including China, Pakistan, Malaysia, and Hong Kong will be getting the voice as well as the fingerprint verification simultaneously.

Standard Chartered has been focusing on secured banking patterned on advanced technologies. Just recently, Standard Chartered announced the launch of video banking facility as well. The Bank plans to invest USD 1.5 billion over a span of three years on introducing cutting-edge technology. The touch ID will be available on iOS and Android both. The iOS devices and the Android devices featuring Touch ID sensors, however, will be needed.