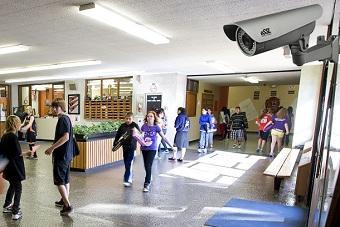 A significant number of U.S. parents of school-aged children feel insecure about, and support increasing, security measures in their children’s schools, according to a survey conducted by Oosto following the Uvalde school shooting earlier this month.

Of those that preferred a security measure, 38.6% of U.S. parents support access control at school entrances, 28.2% support CCTV and video surveillance, and 28.8% support the use of real-time video surveillance to detect potential threats.

Thirty percent of the responders support better equipping and training teachers. The survey was based on survey results from two thousand U.S.-based parents (June 2022). “There have been 265 mass shootings so far this year in the U.S. according to the Gun Violence Archive, and we simply return to the ‘old normal,’” said Avi Golan, CEO of vision AI technology leader, Oosto.

“This has become a very personal issue for me and I’m tired of talk and social media debates that amount to no change. We’re starting to get sensible gun reform initiatives proposed, and that’s a good start, but we also need very tactical plans in place to help teachers and administrators better protect their schools.”