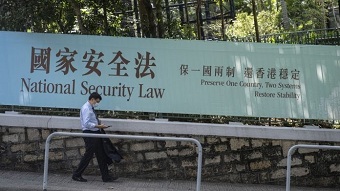 China’s sweeping national security law has forced technology firms to reconsider their presence in Hong Kong. The nimblest among them — the city’s startups — are already moving data and people out or are devising plans to do so.

Beijing’s polarizing law, which took effect this month, upended Hong Kong’s tech scene just as it seemed on a path to becoming a regional hub. Entrepreneurs now face a wave of concern from overseas clients and suppliers about the implications of running data and internet services under the law’s new regime of vastly expanded online policing powers. Many are making contingency plans and restructuring their operations away from Hong Kong.

Their actions may foreshadow similar decisions from internet giants like Facebook Inc., Alphabet Inc.’s Google, and Twitter Inc., all of which confront the same set of uncertainties. The larger firms are taking time to fully assess the impact of the new law, while sentiment in the city itself is dour with about half of U.S. business people saying they plan to leave, according to a recent survey by the American Chamber of Commerce in Hong Kong.

“We are now in a dilemma. If we follow the law in Hong Kong, we may violate other countries’ regulations,” said Ben Cheng, co-founder of software company Oursky. “We worry that people will not trust us someday if we tell them we are a Hong Kong-based company.”
Twelve-year-old Oursky has already had trouble in the short period since the law came into force, with some foreign cloud service providers refusing to work with Hong Kong-based entities and reviewing the practice, Cheng said without elaborating. To circumnavigate these issues, his company will set up offices in the U.K. in about a year and then expand to Japan.

Tech companies that handle data are particularly vulnerable under the new law. Police can ask them to delete or restrict access to content deemed to endanger national security, with non-compliance punishable with a fine of HK$100,000 (around $13,000) and six months in prison for representatives of infringing publishers. Such provisions put technology companies under “tremendous risk and liability,” said Charles Mok, a Hong Kong lawmaker. “It’s a signal to these companies to be very careful. If you want to be safe and you don’t want the uncertainty, then maybe you have to leave Hong Kong.” 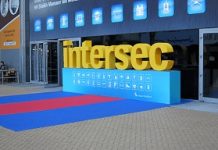 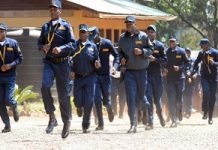 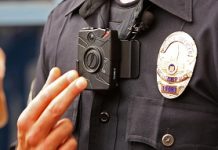