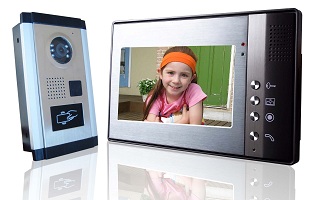 A new study from IHS Markit suggests there is an increasing demand for integrating video doorbells with home alarm systems. For example, if the two are combined with an electronic lock, this would allow a consumer to grant someone access to his or her home safely from anywhere with a Wifi connection. As the popularity of video doorbells increases, owners are likely to become more comfortable with video cameras in their homes. For many homeowners, a video doorbell is their first experience with an IP camera. Installing it, setting up the app and then later using it to view something remotely all help to build consumers’ familiarity with network video cameras. This raises consumer awareness and lowers privacy concerns, two of the main barriers responsible for slowing adoption of video in the home in the past.

A rise in the popularity of video integration with intruder alarm systems potentially creates new product development and marketing opportunities. It enables integrators and installers to upsell cameras as part of their standard offering and gives manufacturers a unique selling point to market.
Cloud storage services offer another opportunity for revenue generation, which professional monitoring companies could try to integrate with their existing service offerings.
IHS analysts predict that increased consumer preference for video cameras could result in less spending on traditional intrusion equipment like PIR detectors, magnetic contacts or break glass sensors. In the short-term, it seems that video cameras would be adopted as an add-on to the existing system, strengthening the abilities of the traditional equipment and the system overall. However, as video analytics continue to improve, it remains to be seen how this trend could affect demand.

Currently, however, the typical profile for a buyer of a video doorbell (young and tech-savvy) is also closer to that of one who would purchase a DIY alarm system rather than a professionally installed system. It is therefore likely that in the short-term, the DIY market will feel these proposed effects first if they are to become apparent.

With a global market size of $78 million in 2015, video doorbells are only just beginning to gain traction among residential consumers. As competition increases, demand will accelerate and prices will fall. However, the primary barrier today remains price. A normal, non-video-capable doorbell costs less than $20, while video doorbell costs often exceed $150. Raising consumer awareness of the benefits will be key to increasing the adoption rate.