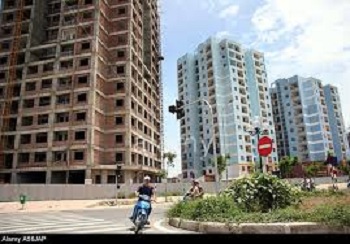 High-rise buildings across the country will undergo fire safety inspections this month, Colonel Doan Huu Thang, deputy head of the Department of Fire Prevention and Control, Rescue and Salvage, has said. Currently, the department has conducted fire safety audits in high-rise buildings in Ha Noi. Thang said that in the last few years, the department had discovered numerous violations related to fire safety nationwide. Through inspections, experts also found that the management of the buildings and the inhabitants have not understood important information and instructions on fire safety regulations. Local inhabitants are not aware of the importance of fire safety in their homes.

He added that onsite inspections by the department at many buildings around the city showed that fire-fighting systems and regular checks on equipment were insufficient, especially at social housing projects. In some buildings, the equipment was just there, but were unusable, while the maintenance and instructions for residents were ignored. From September 16 to October 15, the department inspected fire safety norms in 16,308 high-rise buildings across the country. Of these, 1,499 did not meet the norms and paid a fine of VND3.6 billion (US$161,280).
The city’s fire police officer said that when they conduct inspections more often at buildings, they will also perform fire prevention and control training.

Negligence and ignorance of fire safety regulations by both investors and residents of high-rise buildings have come to the fore following the latest blaze in Ha Noi. More recently, a big fire erupted in the basement of the 34-storey CT4 buildings in Xa La urban area in Ha Noi’ Ha Dong District. It damaged two parking levels in an area of 1,533 sq.m. Some 200 motorcycles, 45 bicycles and one car were reportedly charred.

According to the city’s People’s Committee, more than 2,100 fires have occurred in Ha Noi in the last 10 years, killing over 110 people, injuring about 270, and causing damage estimated at over VND705 billion ($31.3 million). On average, over 200 fires and explosions are reported each year, causing a loss of around VND70 billion (US$3.1 million).