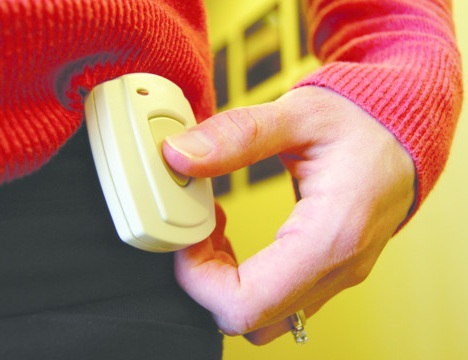 Clark County plans to start issuing body alarms to certain professionals working inside the jail as part of its response to an inmate attack on a female mental health counselor. Clark County Jail Chief, Ric Bishop, said the jail already has the body alarms, but the county’s last contractor for mental health services had opted not to use them. The body alarms allow a professional to press a button and sound an alarm if they’re in danger. The system will be used on an interim basis while jail officials review their protocols in light of the incident, Bishop said.

“It’s one of those things,” Bishop said. “Working in the jail comes with some inherent risks. In this case, the inmate wants some help with some confidential information. The corrections deputies were just 30 feet away. They responded quickly. I couldn’t be prouder of our deputies, supervisors and medical staff who responded.” The attack left mental health counselor Kristine Kystrom with a head injury, bruising and lacerations, according to court papers.