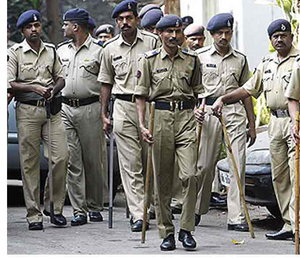 Modernisation of the Lucknow police is on the anvil, with plans to introduce hi-tech gadgets, extensive patrolling and more civic interaction over the next year.
A proposal for purchasing five Z-scanners to inspect interiors of vehicles and six drone cameras for regular aerial vigil in city areas has been sent to the DGP headquarters. The city police would be the first in the country to buy these gadgets if the Rs 26-crore proposal is cleared by the government.
The Z-scanners can read images quickly and clearly, revealing threats like explosives, drugs, currency and items like alcohol and cigarettes even in high-throughput environments like border crossings and security checkpoints.

They can scan each moving and stationary vehicle in a two-kilometre radius. Thus, said the SSP, they would give cops the ability to investigate targets that could not be scanned before. Besides, the city police that used to hire drone cameras from private agencies during sensitive programmes, can now keep regular aerial vigil once the gadgets are available with the department. This would help in tracking criminals and keeping an eye in sensitive locations round the year. These cameras would be distributed among the three regions-west city, east region and trans-Gomti area, Yadav added. “The drone can fly up to 600 metres and in a one-kilometre radius. There will be seven cameras capturing visuals from different angles,” he added.