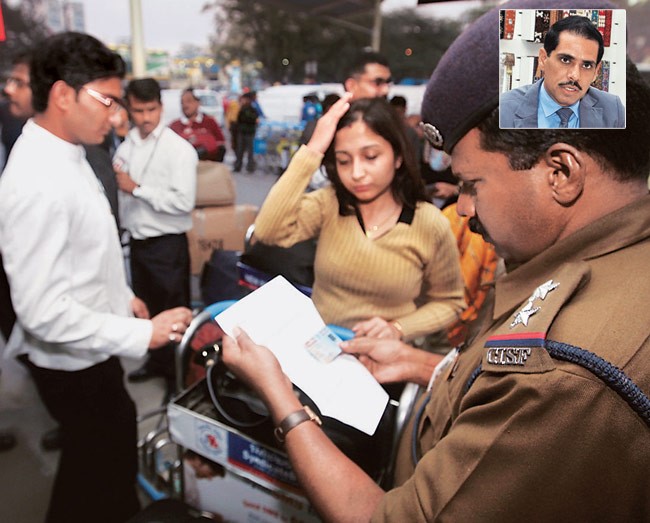 Many of the high and mighty are set to lose the VIP tag that exempts them from frisking and security checks at the country’s civil airports. The Ministry of Civil Aviation is working on a new list of VVIPs exempt from pre -embarkation security checks at these airports. According to top aviation sources, it is likely that up to 10 categories will be removed from the current list of those enjoying the special privilege. That includes the Deputy Chairman of the Planning Commission, the Comptroller and Auditor General, the Chief Election Commissioner, and the three service chiefs. And Robert Vadra, husband of Congress leader Sonia Gandhi’s daughter Priyanka Gandhi is on the no-frisk list by virtue of being the spouse of an SPG protectee, thanks to an amendment made to the list by the Congress-led United Progressive Alliance (UPA) government early in its first innings. Besides the Dalai Lama, Vadra is the only individual whose name is specifically mentioned on the list.