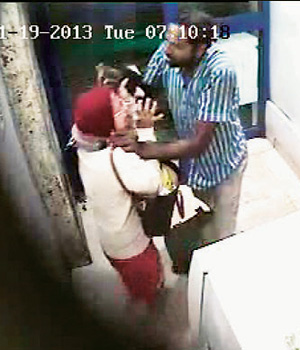 Even as the City Police went on a drive to close down ATM centres that did not meet the deadline in implementing security measures, most of the banks said they had tried to meet at least two of the three security parameters on Sunday

Ravindra Bhandari, General Manager, Canara Bank, said his bank had confidently met the demand of deploying 24-hour security at their ATM centres. “With 508 ATM centres, we have deployed security guards at all of them. The CCTV cameras have also been installed inside the kiosks. But the alarm systems are still an issue, and we hope to fulfil that measure shortly, if not by Sunday,” he said.

Meanwhile, a Corporation Bank official in-charge of security, said that the bank had pulled down shutters of few ATM centres as they did not have enough security personnel to deploy at all centres. “We have currently deployed about 600 security guards in and around the city. We had expected to deploy the guards by 2 p.m. on Sunday but due to demand of security personnel in bulk, it was not possible to deploy at all centres. Also, due to heavy rains on Saturday night, many guards could not turn up. We hope to meet the requirement by Monday,” he added.

N. Parthasarathy, General Manager (Risk Management and IT), State Bank of Mysore, said that 90 per cent of the requirement had been met by Sunday evening. “We hope to fulfill all parameters by Monday,” he added.

While bankers claimed that the installation of CCTV cameras inside the kiosk has been implemented, the off-site cameras (installed outside the kiosk) are still a major concern for them. Placing of the monitor, the wiring and also the fact that agencies need to install cameras in the kiosks are some of the problems, the bank officials pointed out.