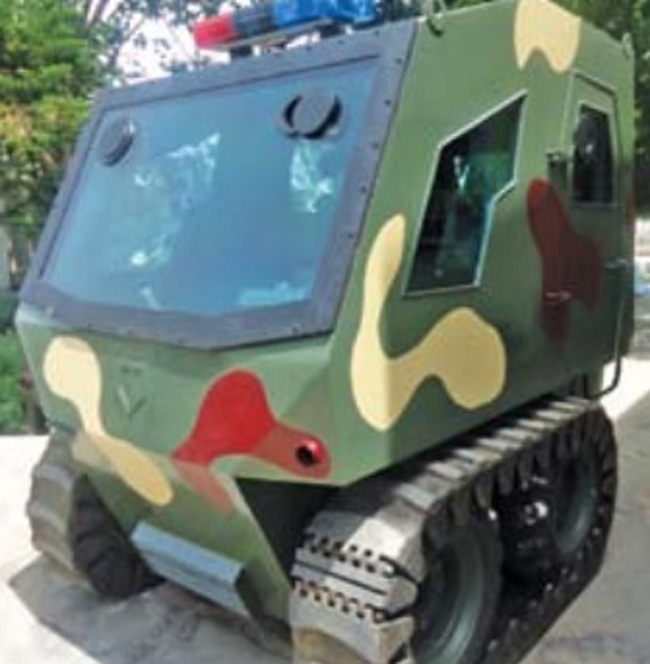 Three first-of-its-kind vehicles, designed to help security forces take on terrorists holed up inside buildings and alleys, will be inducted into police and paramilitary forces soon. Called Anti-Terrorist Vehicles (ATV), these were developed by the Defence Ministry’s laboratory in Ahmednagar in Maharashtra on a demand by the Union Home Ministry following the 2008 Mumbai terror attacks that saw days of stand-off between security forces and terrorists hiding inside two hotels after taking hostages. These ATVs, being small in size, are capable of entering narrow corridors, climbing stairs, alleys and buildings, to take on terrorists holed up inside. Apart from this, each vehicle can carry three fully-equipped anti-terror troopers. Besides this, the vehicles are designed to protect troopers from firing from small arms and grenade