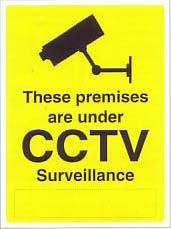 It took two over two years of efforts for the City Council to pass an ordinance that requires business establishments and residential subdivisions and condominiums operating in Cebu City to install CCTV camera surveillance systems.

The CCTV system shall have the following minimum specification: one dedicated channel per camera, 640×480 pixel resolution recording level, recording speed of not less than 30 frames per second, sufficient memory to retain data for at least 30 days, time-stamping feature, retrieval and viewing functions while in operation, provided with an uninterrupted power supply system, data and captured images or footage can be stored on digital, optical or magnetic media for evidentiary purposes.

All establishments covered by the ordinance will have 120 days from the issuance of this ordnance to comply with its requirements. Those who fail to install a CCTV system or do not surrender the recorded footage to authorities as and when required or fail to keep safely the recorded data and those found publishing, televising or posting on the internet of the recorded footage or images, a fine of P2,000 will be levied on violators on the first offense and P3,000 on the second offense and on the third and final offense, owners will have to pay a fine of P5,000 and the closure of the business establishment or revocation of the development permit of the residential subdivision and condominium concerned until such time that they comply.

“One of the effective ways to document evidence especially in criminal incidents is through the installation of CCTV cameras in various business establishments and residential subdivisions operating in the city. This will likewise serve as a strong deterrent against the commission of crime in the city,” said Councilor Sisinio Andales, author of the ordinance.

Cebu City Mayor Michael Rama is supportive of the ordinance. “It should be passed, I’m happy, as long as it shouldn’t be inside residential units,” said Rama.

A similar ordinance is already in effect in Mandaue City, where the police has already started inspecting business establishments to make sure that they comply with the ordinance. The Police will be posting a sticker on a building to indicate that it is equipped with security cameras. The sticker is meant to make the occupants and visitors of that building feel safe as well as deter criminals.