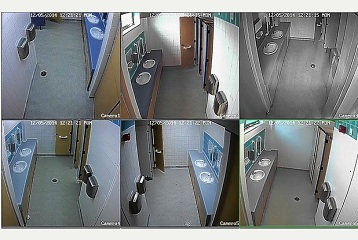 Will installation of closed circuit television (CCTV) cameras in rest rooms, including that of women, form part of a surveillance measure? An emphatic ‘no’ is the answer of the Madras High Court. Allowing a petition from the employees union of Raptakos Brett & Co. Ltd. praying for a direction to the company to remove CCTV cameras from rest rooms, Justice CS Karnan said restrooms are private areas of employees, where they relax and relieve themselves.

No factory fixtures or raw materials or finished goods or operations of any kind are carried out from the rest rooms. Hence, the employer’s viewing these areas through CCTV cameras is not warranted, the judge said and directed the firm to remove CCTVs fitted in the rest rooms. According to the petitioner, the company has a workforce of 78, including 10 women. In October 2013, the management installed 38 CCTV cameras in the factory, including rest rooms, leaving no scope for privacy.

Following this, the employees lodged a complaint with the Deputy Commissioner of Labour in Teynampet, who also directed the company to remove the cameras. But the management did not yield to the directive; hence, the present writ petition.
Counsel for the company submitted that the employer was at liberty to install CCTV cameras anywhere in his factory premises to keep a watch on the movement and performance of employees. Since rest rooms are part of the factory premises, CCTVs were installed for the convenience of the company’s managing director to monitor the employees. Sometimes, the MD would go out of station or even visit foreign countries. In such situations, he can carry out his surveillance through the CCTVs, the counsel added.