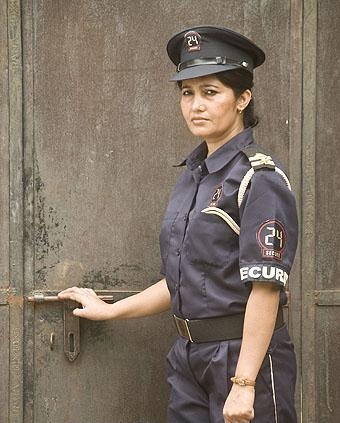 Women in Delhi NCR are increasingly depending on women who work as private security guards and are trained in martial arts when they venture out for late-night parties or even weddings. Though still a nascent trend, top private security firms based out of Noida and Delhi claim women are increasingly asking for female security officers. Their services could cost you anything from Rs 3,000 upwards for eight hours.
“These women are trained to handle unpleasant situations. Some of them are also good drivers. There are not too many of them available yet, but demand is high. We have provided female private security to about 7-10 clients so far,” said Anubhav Khiwani, a security agency owner in Delhi.

“We recently got a call from a London-based client, who asked us for a female personal security guard who is also a driver. Whenever we get such requests, we organize lady bouncers for them,” said Shyam Singh, another leading private security service provider, with offices in Noida and Delhi. Anubhav added, “Female security officers are common abroad. In India, the trend is just catching on. Mithlesh, a Delhi-based woman who works as a bouncer, also doubles as a headhunter for security agencies. “Women who work as guards are trained in hand to hand combat but don’t carry guns. They are hired for private parties, clubs, functions and weddings, whenever it stretches late into the night. Women feel at ease with security guards who are also women,” she said. Mithlesh has about 50 women bouncers under her, all between ages of 20 and 40. There are also former CRPF personnel, who have retired from their duties and are now seeking private employment.