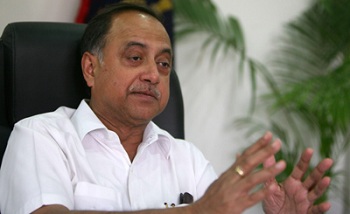 Neeraj Kumar, who was the Delhi Police commissioner when the IPL spot-fixing scandal came to light in 2013, is set to be appointed as the new BCCI Anti-Corruption Security & Unit Chief, according to board sources. Kumar will replace Ravi Sawani — who has tendered his resignation — and, in the interim, will function as a consultant till the latter’s term runs out. When contacted, Sawani neither denied nor confirmed his resignation, but it is reliably learnt that the incumbent ACSU boss has already informed BCCI secretary Anurag Thakur and president Jagmohan Dalmiya about his decision. He will, however, complete his two-month notice period.

Both Sawani’s resignation and Kumar’s appointment as consultant will now be placed in front of the board’s working committee meeting in Kolkata.

Sources have indicated that both Thakur and Dalmiya are keen on having Kumar on board owing to his vast experience and expertise when it comes to handling corruption in cricket. It was during his tenure that the Delhi Police had arrested former India pacer and 2011 World Cup-winner Sreesanth, Ranji players Ankeet Chavan, Amit Singh and Ajit Chandila, and other well-known bookies in connection with alleged spot-fixing in the IPL.