Last month, I spoke about the Manchester bomb blast and this month we have the Grenfell Tower inferno in London to occupy our minds. It’s sickening to learn of such incidents and their horrific facets, where innocent lives are lost. This particular incident claimed 80 victims and injured many others. Did so many people really have to die?

I must confess, I was really surprised to learn of the lives lost, as, until then I had believed that   a high-rise building in a modern city like London, which one perceived, had stringent fire safety norms and an efficient fire brigade in place, would be safer than most others in different parts of the world. I really couldn’t have imagined that such an uncoordinated response from the authorities could happen in a city like London! Even Prime Minister, Theresa May later acknowledged, that the initial response by the state, both locally and nationally, was inadequate. How come, that a high ladder arrived at the site only 32 minutes after the fire was reported? By that time the fire was actually out of control.

It is hard for me to digest the fact that a city like London did not have a high fire rescue platform and that they had to borrow one that stood 42 metres tall from Surrey! An advanced nation like the UK could only stand and watch helplessly as people from the balconies of the burning building cried for help! The height of Grenfell Tower is only 67 metres, it makes me shudder to think that in Mumbai we have residential buildings such as the Imperial in Tardeo that stands well over 200 meters high, what will happen if a fire broke out here? Does Mumbai have adequate fire fighting apparatus in place to prevent loss of lives? Given how the authorities work in our country, where one arm of the government at many a times does not know what the other arm is doing, one can only pray that such a disaster does not strike Imperial and many others like it.

Meanwhile, with all their collective wisdom, the finance ministry of India has branded fire extinguishers, fire alarms and other life safety systems such as emergency and burglar alarms as luxury and demerit goods and slapped the highest rate of 28% GST on these items. We ask the government to explain the logic behind this move. Even if I let my imagination run wild, I cannot think of a valid answer! We are actually disincentivizing developers and builders from investing in better fire safety and security systems that protect lives.

The efforts of our industry associations and influential individuals continue and we are very hopeful that the authorities will very soon see reason in our demands for a zero or at best a five percent Goods and Service Tax bracket for all fire safety and security products and systems.

The finance ministry’s irrationality, lack of wisdom and foresight not only surface in the above case, but it also shows up in the way it has treated the manned guarding industry that employs millions of workers from the lower strata of society while lending a helping hand to the law enforcement machinery nationally.

Till we meet next month, Cheers and Happy Reading.

Email: editor@securitytoday.in
Follow me on @EditorGB
Connect with me on Linkedin 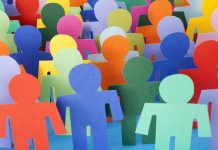 From the Editor’s Desk: The Dangers of Having Too Many Men and Too Few Women!

From the Editor’s Desk: DECEMBER 2017