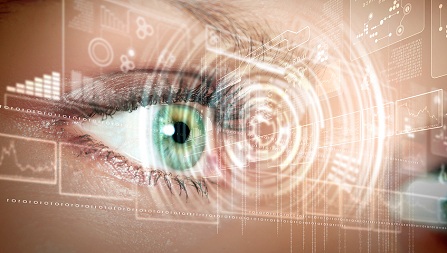 A new report from Juniper Research has predicted that by 2019 the global market for services based on gesture and biometric interface technologies will be worth an estimated $1.2 billion, up from less than $2 million this year. The report – Human Interface & Biometric Devices: Emerging Ecosystems, Opportunities & Forecasts 2014-2019 – found that innovation in mobile phone hardware and software has paved the way for a new paradigm of handset interaction, including touchless command and biometric identification.

The report argued that although Human Interface technology is unlikely to substitute touch commands altogether, touchless and biometric interfaces will play a key role in enhancing user experience and handset security. It cited touchless screen scrolling, as seen in Samsung’s ‘Smart Scroll’ feature, and the integration of Touch ID into Apple Pay as exemplars of key arenas in which these technologies are likely to see significant scaling of deployments.

Software, not hardware, will drive growth.  While innovation in the Human Interface space has primarily focused on working with the existing hardware of handsets, the report found that software, not hardware, will be key to unlocking potential in the touchless and biometric space. It highlighted ways in which handset functionality is being significantly enhanced through ‘appware’ that accesses sensors functionality in cameras, microphones and biometric scanners. Thus, cameras now detect face and eye movements, microphones offer a gateway to voice activated commands and touch screens can detect biometric identifiers such as ear, palm and vein prints.
The report pointed out that this year, more than 16 million Human Interface apps will be downloaded to smartphones and tablets worldwide, a figure which is set to enjoy dynamic growth through to 2019. In addition, Juniper Research identifies further possibilities in sensor fusion, whereby ‘appware’ will combine sensor capabilities for multi-modal methods of interaction.