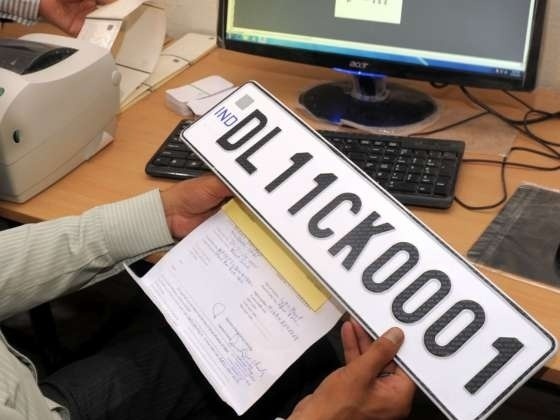 The Maharashtra government recently informed the Nagpur bench of Bombay high court that the process for implementation of high security number plates has been undertaken by state transport commissioner. The government revelation came in response to a young lawyer’s plea alleging inaction of authorities against those using fancy number plates.

Terming their usage as violation of Motor Vehicles (MV) Act, 1988, and Rules, 1989, final year law student Satpal Singh Renu said fancy number plates were illegible and led to a spurt in crime cases due to non-detection.

Even during winter session of Maharashtra legislature in Nagpur, hundreds of such vehicles belonging to MLAs and MLCs could be seen but no one dares take action against them. Quoting Centre’s notification of March 28, 2001, he stated the provisions of MV Act were amended and provision for High Security Registration Plates (HSRP) was introduced. Subsequently, various states started the process to implement the provision, but some like Maharashtra were still reluctant to make them mandatory. A PIL was then filed in Supreme Court in 2011 and the court strictly warned states to implement the provision or face contempt.