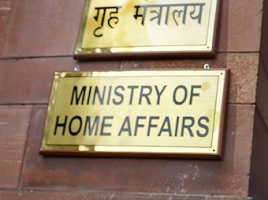 The Centre wants the States to share more intelligence inputs through the Multi Agency Centre (MAC), a common counter-terrorism grid under the Intelligence Bureau (IB) that was made operational in 2001 post-Kargil war. At a high-level meeting, Union Home Minister Amit Shah asked the Directors General of Police to share adequate information and actionable inputs through the MAC.

As many as 28 organisations, including the Research and Analysis Wing (R&AW), armed forces and State police are part of the platform and various security agencies share real-time intelligence inputs on the MAC. Plans are afoot for more than a decade to link the system up to the district level.

A senior government official said that though the system existed to share information among various agencies, it was not being implemented effectively. “States are often reluctant to share information on the platform. There are several gaps in sharing critical information at the right time, the meeting by the home minister will give a push to the efforts,” the official stated. There are around 400 secured sites connected with the MAC headquarters. The reluctance on the part of the States was also stated in a parliamentary standing committee report in 2020.

The committee had observed that the contribution made over the years by State agencies is lower in the overall inputs that had been received at the MAC. The IB had informed the committee that all organisations that are in any way involved in the counter-terrorism effort is a member of this centre. All the States have a subsidiary multi-agency centre (SMAC) located in all State capitals. The IB informed the panel that the Ministry of Home Affairs (MHA), along with the IB, was contemplating extending the connectivity of SMAC to the districts.

“So, the IB is picking up districts in a phased manner because there is an issue of connecting them with the lease line, encryptors, etc. Further, At the MAC level, the meeting of all these agencies is convened almost every day where intelligence of the last 24 hours is brought on to the table, discussed and follow-up action is devised or agreed upon,” the report said.