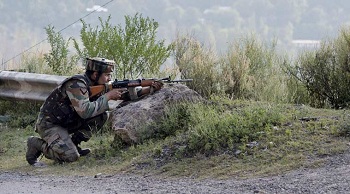 In the wake of the Uri attack, Israel has reiterated its offer of experience and expertise to secure India’s borders. “Home Minister (Rajnath Singh) visited Israel and he was shown different kinds of borders in Israel with their own uniqueness,” Israeli Ambassador David Carmon said at a press conference ahead of the Israel Homeland Security and Cyber 2016 International Conference to be held in November.

“India has 14 different kinds of borders which are managed by different units and forces,” he said. “When the minister came back and assessed the situation, I am sure he took some of the ideas he saw (into consideration).” Carmon said both countries shared similar challenges in border management and that Israel has solutions for these, adding that the two countries can work together taking into account the capabilities of Israeli companies and government and adapting them to Indian needs.

Sensors are also used to collect data and information from towers along borders, said Dor. He said all the sensors were integrated with a field command and control room “operated by a very intelligent soldier woman”, who directs the Israeli special forces in order to mitigate incoming threats.