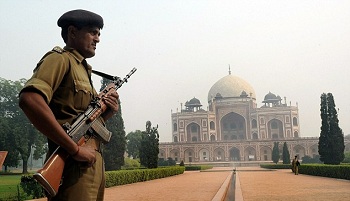 The Union cultural ministry plans to do away with deployment of CISF and other security agencies at ASI museums and monuments. Instead, it has decided to form its own “cultural force” which will be deployed at monuments. In the initial phase, the special force will be deployed at museums and later at monuments. An IG-rank official will head this force and will directly report to the ministry. The force is expected to have around 7,000 personnel.

According to sources, the cultural ministry in 2012 had formed a committee for framing a security policy for monuments after a public interest litigation (PIL) in the Supreme Court sought to know what the ministry was doing to safeguard monuments. Later, a directive was also passed. Even the parliamentary committee on culture has directed the ministry to look into this matter.

The committee was headed by the Director General of the National Museum as Chairman and had the chiefs of several museums across the country as members. However, no further action was taken in the matter till January 2015. Things started to move after the committee included Capt (Retd) Pran Ranjan Prasad, former chief security officer of the Archaeological Survey of India (ASI), as a co-opted member and gave him the responsibility to frame the guidelines.

Prasad said, “The comprehensive policy has been submitted by the committee to the ministry on September 29 for further action.” Prasad added that the aim of the policy is to deploy its own “cultural force” at monuments in place of CISF and other security personnel. The force would be given special training in taking care of monuments and saving them from vandalism. Earlier, the scope of the policy was limited to museums only, but later the ministry decided to include monuments too.

“It has been renamed from Rashtriya Sanghralaya Raksha Bal to Bharatiya Sanskriti Raksha Bal. It is a comprehensive policy and proposed to be implemented in three phases over a span of three years. In the first phase, RFID (radio frequency identification) tagging of museum objects and putting infrastructure in place among other things were recommended. Besides, a special focus on conducting security audit of all monuments to assess their special requirements was also given,” Prasad said. The initial cost of setting up this force is estimated to be around Rs 27 crore.