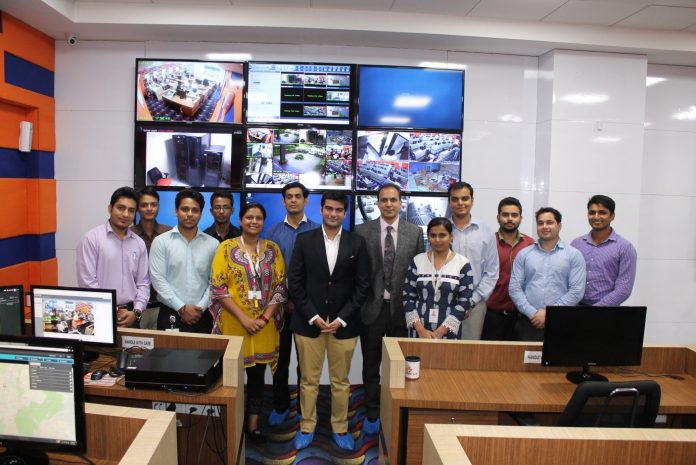 In what is perhaps the first of its kind outsourced command and control centre, Soteria was formally launched at the Hotel Leela in Gurgaon at the end of August this year. What differentiates Soteria from other command and control centres is that it not only views events in real time but also carries out video analytics on them and then builds up a data base on which it does a trend analysis which can ultimately be used to predict future events, thus enabling a pro-active response. This unique facility has been made possible through collaboration with IBM whose IOC platform manages and coordinates the information, resources, processes and functions inherent to a security solution. IBM was represented at the inaugural function by some of its senior managers. The IBM solution rides on a hardware platform consisting of NVRs, storage etc. provided by GVD whose Managing Director also graced the inaugural function. Soteria is the brainchild of Mr. Manjit Rajain, who is the Founder of Peregrine Guarding and also runs the Tenon Group of companies.