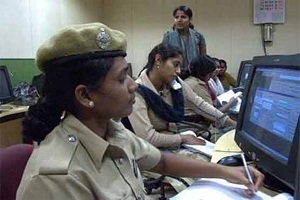 US-based communications solutions provider Avaya has implemented ‘UP Dial 100’ program with the Uttar Pradesh Police that helps the latter to transform its call centre response management. The company is also currently working with the Madhya Pradesh Police Dial 100 project as well as on emergency health response system and citizen security services in various Indian states.

“Avaya leads in the police emergency ‘Dial 100’ systems where we have won more than 70% of the request for proposals (RFP) on the city or state basis,” a company spokesperson said.

The communications major has established a centralized contact center in the state capital Lucknow to facilitate faster response time to emergency calls, with the ability to support more than 600 calls at any given time. Uttar Pradesh government, according to the US company, needed a system that could handle growing numbers of emergency calls, and a variety of connectivity technologies, to swiftly deliver the diversity of responses. Our aim to enable the effortless creation of mobile engagement environments across key government services that are customized to deliver on the specific outcomes required by the government, the company added.

The solution deployed for the Uttar Pradesh Police is based on an integrated communication model and is capable of responding to multiple communications channels, including wireline, mobile, e-mail and social media. The company has also added video calling features to support users with special needs, with agents available round the clock to read sign language and provide support to people in distress. The call center supports all dialects of Hindi as well as some major foreign languages. Avaya currently operates emergency service ‘Dial 108’ for wellness-related services in as many as 15 Indian states.

“Citizens’ safety, security, and decrease in crime rate are the top priorities for the UP Police. We are glad that Avaya is supporting us with its contact center technology, which will enable us to address distress calls in real- time and act accordingly,” the Director General of Police (UP) Javeed Ahmed said. Anil Agarwal, Additional Director General of Police (UP) believes that the deployment of technology to facilitate UP Dial 100 program would lead to a fundamental shift in the way the police provide services at the grassroots level and benefit all law-abiding citizens.

On the backdrop of upcoming polls, Uttar Pradesh Chief Minister Akhilesh Yadav is banking on new citizen-centric initiatives, and UP Dial 100 is considered to be his brainchild. Earlier, Yadav launched Dial 100 mobile app. “We feel that transformation is critical to ensure consumer experience and this emergency response system is a thoughtful step in that direction,” Vishal Agrawal, Managing Director, India and SAARC, at Avaya said, adding that the partnership with the state government gave an opportunity to drive a transforming change for citizens in a country moving towards rapid digitization.