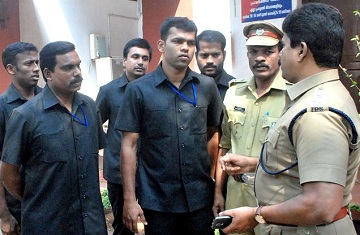 The Kozhikode police have started gathering details of various private security agencies functioning there and particulars of their employees recruited to cater to various clients. According to senior police officers, the move is part of streamlining the operations of such agencies and preventing the entry of unlicensed firms in the sector. As part of the procedure, all security agencies currently functioning in the city limits have been asked to submit their registration details and the details of the recruited employees to the Police Department.

Special Branch officials are currently overseeing the move. A senior officer attached to the City’s Special Branch said, “The department wanted to ensure more transparency in the sector and protect the workers from exploitation by unregistered agencies.” The move will also help the police to update the data on the actual number of security agencies functioning in the city, he added.

Police officials confirmed that after the preliminary information gathering procedures, stern action would be taken against the illegal operators in the sector. “Currently, comprehensive data on the registered agencies is not available with the police to initiate fast legal action. On completion of the current procedures, we will be able to make a list of all the approved agencies and the workers in the sector,” they said.
Following the death of a security guard last year in the city, security persons attached to various licensed agencies had come out with a series of demands, including legal action against the unlawful functioning of agencies, to settle the uncertainties in the sector.

According to the leaders of the Kozhikode District Security and Labour Contract Workers Union, Kerala currently has around 600 private security agencies of which, several do not have proper licences. They also say around three lakh persons have already been employed in the sector, where proper registration is hardly followed.