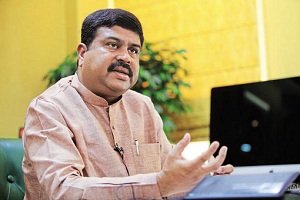 “We need to develop a mindset of continuously up-skilling ourselves”
Mr Dharmendra Pradhan entered into national politics in the year 2004. His father who was a minister in the Vajpayee government was a MP from Deogarh constituency. He left his seat in 2004 thus paving the way for his son. Dharmendra Pradhan won the Lok Sabha elections of 2004 from that constituency.

Pradhan has occupied several positions during his political career. While he was the member of the state assembly, he became the face of the youth in the entire Sangh parivar. In 2012 he was elected as member of Rajya Sabha from the state of Bihar. Prior to this, when he was the general secretary of the party in 2011, he also looked after the activities of the party in Jharkhand. He was also the organiser of party activities in Karnataka, Uttarakhand and Odisha. In fact he was also given the award for being the best legislator.

SECURITY TODAY Interacted with Mr. Pradhan about the efforts of his ministry to promote skill development.

Your government has taken the initiative to give its maximum attention to skill development, but the challenge is mammoth since there is a huge backlog that needs to be addressed in a short time. How are you going about doing this?
India is one of the youngest nations, with 62% of our population in the working age group. In fact, this group is going to bulge over the next decade, with India poised for a demographic dividend relative to an ageing population in the developed countries. It is against this backdrop that the Government under the leadership of the Prime Minister formed a separate Ministry of Skill Development and Entrepreneurship. In addition to running skill training initiatives like PMKVY, Craftsmen Training Scheme (in ITIs), we are also a convergence and coordination Ministry. There are over 20 central ministries running skill development initiatives, from Livelihood Promotion to Textiles and Transport development schemes.

We want to synergize these multifarious skill development programs going on across the country, and standardize the outcomes of training. The National Skill Qualification Framework has simplified this, as it has developed job roles that clearly define the skills and abilities one must possess, and arranged in a series of levels to show proficiency. All forms of skill training must align with the NSQF, and thus we are able to oversee quality and uniformity in certification and proficiency. This also allows us to work at scale, and speed. We are able to decentralize training while also ensuring quality outcomes.

Second, to facilitate better training–employment linkage, we are linking our PMKVY to a demand index. This index maps the upcoming demand of labour, across sectors, geographies, and is being built based on analysis of industrial cluster spread, credit offtake trends and identifying new investment areas. This analysis will inform skill gap projections, and direct target allocation by job role, sector and state.

Third, we are promoting industry engagement in this mammoth task of skill development. In fact, recognizing that a lot of skill development in India happens through non-formal means, we want to standardize and certify these skilled professionals. The Recognition of Prior Learning Scheme facilitates this mission, and has recently been expanded in scope to simplify the process for Corporates to partner in assessing, upskilling and certifying their non-formally trained workforce.

Security Sector offers 70 Lakh jobs to grass root level people, and it is growing at 20% every year. What are the changes you have made and new initiatives that you have introduced for this sector since you took over this ministry?
The Security Sector is currently under the Management & Entrepreneurship and Professional Skills Council (MEPSC), an emerging and horizontal Sector Skills Council catering to the skilling needs of multiple sectors. MEPSC is dedicated to generate a technically and professionally skilled workforce and industry professionals for both the national and the international markets.

They have Industry vetted and approved eight Qualification Packs, comprising 87 National Occupation Standards. This covers more than 80% job roles of the security industry such as Security Guard, Personal Security, CCTV supervisor. These trainings are delivered with the support of Industry experts / Ex-Defense services personnel to meet Industry specific requirements, and largely follow the syllabus recommended by the Private Security Agencies Regulation Act 2005.

Since re-assigning the Security Sector’s Assessment & Certification mandate and authorities to MEPSC, it has conducted assessments of more than 51,000 trainees under 22 different government/private/CSR schemes.

Recently 17 Security Guarding Agencies signed a MoU with the Management and Entrepreneurship and Professional Skill Council to train and certify security guards under the RPL scheme of PMKVY. Could you elaborate on it? 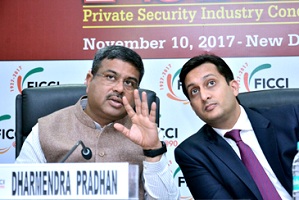 A large section of India’s population has acquired skills through informal and non-formal mediums of learning. The Recognition of Prior Learning (RPL) scheme was envisioned towards assessing, re-training and certifying these non-formally skilled persons. Our aim is to formalize our skilled workforce. A recent update under this has been the Best in Class Employer category, a new mode of providing training specifically aimed to enhance the industry acceptability of RPL certification and extend the outreach of the scheme directly to the reputed employers across various sectors. Focused mostly on the organized sectors, this new project type brings direct engagement with the best in class employers/corporates for certification of their own employees.

Recently we signed an MoU with 17 Security Agencies who shall collectively undertake the assessment, re-training and certification of 3.17 lakh trainees under the RPL Scheme. This is over and above the fresh training that the sector shall undertake.

Please, could you share with us your vision for skill development in India? What is your Ministry planning for the security sector?
We need to rethink skills. The world is in a flux, and technology is changing the work we do, the way we work, even the way we reach the workplace. In this light, we need to develop a mindset of continuously re-skilling, up-skilling ourselves. So in addition to learning new skills, we also need to promote updating one’s skills to current context. Let’s take the security sector itself, where the demand for smart security has increased. The traditional role of a security guard has been upgraded, where a lot of them need to now operate a CCTV camera too. Given this, my Ministry is pushing for components of digital literacy, technology to be integrated into our core training programs. Alongside, we are promoting companies and industries to re-skill and up-skill their in-house staff. 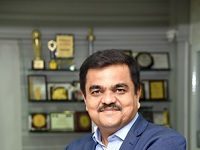 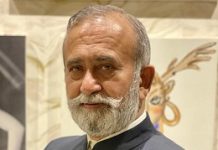 “Security Is Built On An Evolving Approach” – Anil Puri. 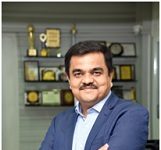 Our vision is to be aligned with the government’s ‘Make-in-India’ program to make India into a global manufacturing hub: Ashish P Dhakan