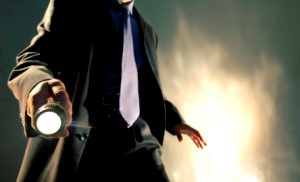 Private detectives, sought to be regulated by a Central legislation, will be allowed to work only in the non-government sector and keep strictly off any investigation into bona fide activities or affairs of the state, particularly the work of state agencies such as IB, R&AW or CBI. Importantly, a clause is proposed to be inserted in the Private Detective Agencies (Regulation) Bill, 2007, debarring private detective agents (PDA) from interfering with the right to privacy of an individual, including tracking of his/her personal letters or electronic communication.

The draft report of a home ministry committee under secretary (border management) — set up to consider issues raised by a parliamentary standing committee on the Private Detective Agencies (Regulation) Bill, 2007 — has also recommended that only Indian citizens be issued the licence to become a private detective agent, and that control of private detective agencies (PDA) remain in Indian hands. Importantly, the PDA will be defined as a person enrolled as a member of the Central Institute of PDAs, which will also arrange for their training by setting up training centres and accredited institutions and courses.

The committee has recommended inclusion of a separate Schedule in the bill – listed in the agenda for the upcoming session of Parliament — listing the activities that can be undertaken or be forbidden for PDAs, after they have obtained a licence under the proposed legislation. The permitted areas include asset investigations such as location and ownership, business or corporate issues, pre-employment verification, post-employment integrity checking, pre-matrimonial background checks, security surveys, insurance fraud probes, pre-joint venture or collaboration investigation and pilferage-related investigation.