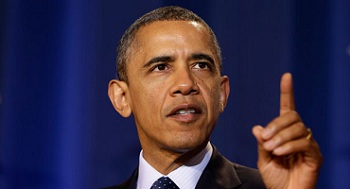 US President Barack Obama plans to put in place new restrictions on the use of military equipment by police departments, following unrest in US cities over the deaths of black men at the hands of police officers, the White House has said.

Obama will ban police use of equipment such as explosive-resistant vehicles with tracked wheels like those seen on army tanks, the White House said in a fact sheet. For other types of equipment, such as MRAP (mine-resistant ambush protected) vehicles and riot shields, departments will have to provide added justification for their use.

Obama will announce the steps, which are the result of an executive order, during a visit to Camden, New Jersey, where he plans to push efforts to encourage trust-building between police and the communities they serve. The fatal shooting of unarmed teenager Michael Brown by a Ferguson, Missouri, police officer in August was followed by a string of highly publicized fatal encounters between police and black men, including Walter Scott who was shot by an officer while fleeing the scene of a traffic stop in North Charleston, South Carolina.

Recently violent protests erupted in Baltimore after 25-year-old Freddie Gray died after sustaining spinal injuries while in police custody. Protesters in Ferguson felt the methods use by police to prevent the demonstrations from turning violent were excessive, and the Justice Department has since launched a review of St. Louis County law enforcement’s response to the unrest. The turmoil in Ferguson and Baltimore also highlighted divisions between black and white Americans.