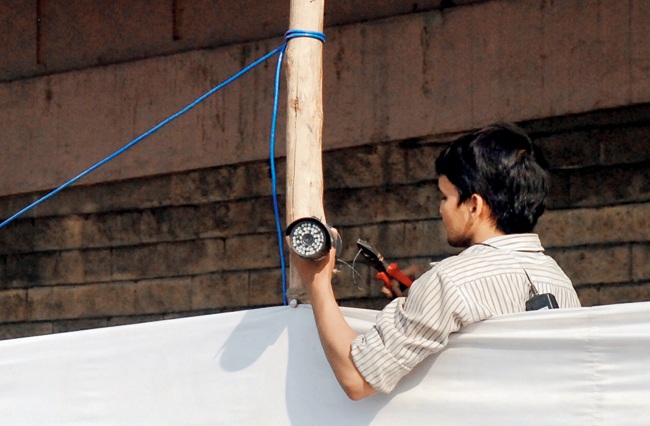 The principal accountant general of Maharashtra has questioned the delay in installation of CCTV cameras for stepping up security. An eight-member committee headed by the police commissioner of Pune is facing flak from several quarters for the delay. The inspection report pertains to the Rs 224.31-crore project of installing 1,285 cameras at 444 locations. The project was supposed to be completed in April 2014. As per information acquired by the accountant general, only 63 cameras are installed and running.

The Home department set up a project implementation committee headed by Pune Police Commissioner to monitor the installation. The additional commissioners of Pune and Pimpri Chinchwad municipal corporations, representatives of the district administration, the state department of information and technology, Maharashtra State Electricity Distribution Company Ltd (MSEDCL) and Public Works Department (PWD) are other members. The committee was directed to meet once a week and was responsible for getting no objection certificates from various offices for the project. The private contractor was supposed to submit a detailed report on the progress, every fortnight.

“Within 40 weeks, all CCTV cameras in all five zones were supposed to be functional. However, as per the implementation report sent to Director General of Police and Home Secretary on July 28, 2014, installation work for Zone 1 was not completed and the work on Zone 3 and 4 had not even started,” reads the report.
Several elected representatives – MLAs and corporators – had provided funds from their development fund to sponsor the project of the state government. Most of the money spent so far has been from this fund.