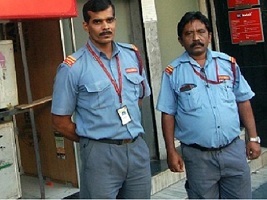 After nearly 15 years since the Private Security Agencies Regulation Act was notified in 2005, the Union Ministry of Home Affairs had Notified the change in December 2020 in the Rules accompanying the Act, which was aimed to bring relief and pave the way for smoother business operations for the guarding agencies in India. This was disclosed by the Ministry of Home Affairs in response to an RTI filed by Mr. Gurcharan Singh Chauhan, President of Security Association of India.

With private security agencies becoming one of the major job generators in the country, the industry feels that the government needs to be more proactive and agile in ironing out the pain points for the sector and pave the way for its development and contribution to employees’ welfare. Due to the expansion of economic activities, the sector is growing at a very fast rate and as per an estimate, it employs almost 10 million people.

The government envisages improving the level of enforcement of the act and the rules. Therefore, it had been decided to consider modification in the model rules made under section 24 of the act to bring in substantial improvements in its enforcement. This was aimed to pave the way for the development of the sector and contribute to the welfare of employees in this industry.