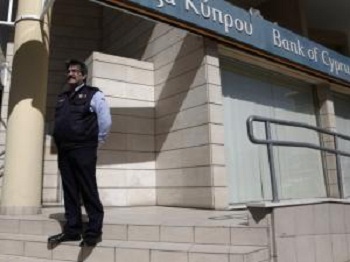 A pending amendment to security legislation will cost the economy more than 800 000 jobs, and wipe R133.4 billion off SA’s economy. This is according to Gordon Institute of Business Science economist Dr Roelof Botha. Botha argues the “economic impact assessment of the clause in the Private Security Industry Regulation Amendment Act, which will restrict foreign ownership in the industry to less than 51 percent, is the enemy of the economy”. According to Botha’s impact assessment of the proposed changes, SA will also lose a total of R52 billion in taxes through lower income tax collection, loss of company tax revenue and less indirect tax revenue.

The Private Security Industry Regulation Amendment Bill, which is awaiting the president’s signature, seeks to prevent foreigners from having a controlling stake in private security firms. The ruling ANC has argued foreign ownership in the security sector poses a national risk, as some national key points are being guarded by foreign-owned private security firms.

Costa Diavastos, an executive director of the Security Industry Alliance, which is spearheading the lobbying against the cession of the 51 percent stake of foreign-owned security firms to locals, said the private security sector had invested about R4.5 billion into the economy over the past eight years through mergers and acquisitions and acquisition of firms locally. He said it was an R50 billion-a-year industry, employing roughly over 500 000 people. In 2010, US support proved vital to South Africa securing a $3.75 billion (R50.775bn) loan for the Medupi coal-fired power station. Heidi Ramsay, deputy spokeswoman for the US embassy in Pretoria, said the state’s concerns were that the requirement would force US security firms to sell off their ownership at what would likely end up being fire-sale prices, which could effectively result in an uncompensated expropriation.

Botha argues, should the law go through, SA would be in breach of commitments to liberalise its services sectors in terms of the General Agreement on Trade in Services (GATS). In addition, he says, SA would become less competitive internationally and would see lower levels of international technology transfer.