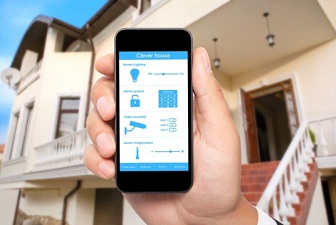 According to a new report from ABI Research, global revenues from smart home automation systems are projected to grow at a compound annual growth rate (CAGR) of 21 percent over the next five years, with revenues reaching $34 billion in 2020. North America will account for the majority of revenues in 2020, contributing close to 46 percent, followed by Europe and Asia-Pacific.

In addition, ABI said that regional differences are also reflected in device adoption. In 2014, North America and Western Europe witnessed increased adoption of security cameras, especially those with embedded motion sensors which were used not only for home security but also indoor activity tracking. In China, due to increasing concern about air quality, environmental sensors are gaining popularity.
With regard to wireless protocol adoption, ABI said that proprietary wireless technologies from United Technologies, Honeywell, and Bosch Security—operating in 433 Mhz and 900 Mhz spectrum bands—continue to dominate in low-cost battery-operated devices including contact sensors and motion sensors.