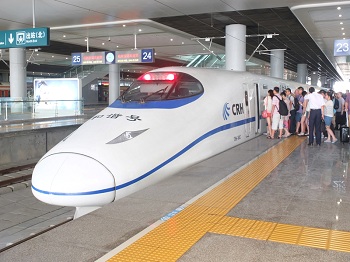 UK-based security and access control system manufacturer TDSi has signed a five-year strategic co-operation agreement with China Rail Chen Bang Technology Ltd, which will see TDSi’s technology used on rail and metro projects throughout China.
TDSi produces systems including access control technology, biometric readers, CCTV and associated software. Managing Director John Davies said the agreement would be very significant for the company, accounting for 3% of turnover in the first year and at least 6% in the second.

‘CRCBT plans for a 25% growth in our OEM agreement, year-on-year, for the next five years’, said Davies. ‘With 20 000 stations on the China Railway network there is huge scope for ongoing projects – we are even assisting with security for a new China Railway headquarters project in Beijing, a new media centre, staff accommodation and medical facilities. This is a very exciting juncture for ourselves and all the stakeholders involved with the expansion of these railway networks in China.’