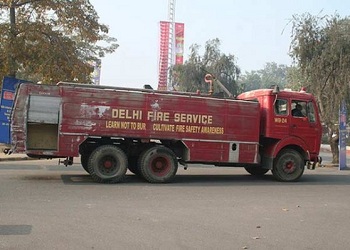 q1qGujarat may have appointed director of state fire services B K Thacker in the last week of August, but the urban development department seems to have done little to put in place a unified fire service. For instance, the department has not yet formulated service rules for those who will be appointed to the new directorate. Thacker is due to retire in April next year.

It was on March 26 that the Gujarat Fire Prevention and Life Safety Act, 2013 had come into force and the appointments to the new directorate were to be completed in six months. It was only on August 8 when a division bench of Justice Jayant Patel and Justice R H Shukla instructed the chief secretary to appoint a full time director that the state government swung into action. As for appointing staff at the directorate, the government only approved the post of a peon, a clerk and an assistant director.

As of now, nearly 65-odd officers and staff are to be appointed in the new directorate. The directorate has to organize a force of 20,000 personnel from across the state in various phases who could be summoned from various municipalities and municipal corporations at the time of an emergency.

Another important issue is the appointment of the five RFOs under whom will serve certified FSOs, who will issue fire safety certificates to apartments and public buildings. The act as of now demands that January and July should be the two months in which fire safety certificates should be renewed for buildings.  “The state still doesn’t have a unified salary structure for various fire officer levels in the fire department. A chief fire officer in Ahmedabad is paid less than in Jamnagar,” said a senior AMC official.