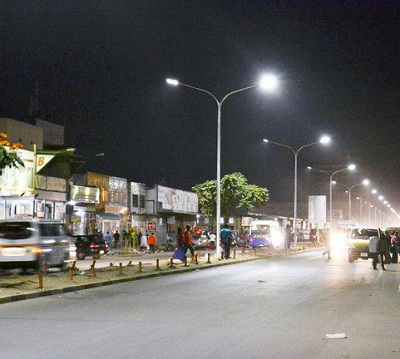 Government of Zambia has started receiving fresh bids for the installation of Closed Circuit Television (CCTV) camera on the streets of Lusaka. In September last year, then Home Affairs Minister Edgar Lungu was forced to cancel a $210 million tender awarded to Chinese firm Zhongxing Telecom Services (ZTE) to install CCTV around Lusaka streets after a public outcry. Mr Lungu was forced to cancel the tender which was named the Public Security Safety Network Phase III project or the Safe City Project after allegations of corruption in the bid process emerged.

At the time, Mr Lungu announced that he had terminated the contract following mounting allegations of non-compliance to standard regulations in the manner it was awarded. Stakeholders such as Transparency International Zambia had even demanded that government suspends officials who took part in the signing of the contract after it had handed over a 57 paged dossier of evidence on the alleged irregular signing of the contract with ZTE to the Anti Corruption Commission.
But Home Affairs Deputy Minister Colonel Gerry Chanda told Journalists on Tuesday that Government has decided to re-table the bid and will soon announce the successful bidder for the project.