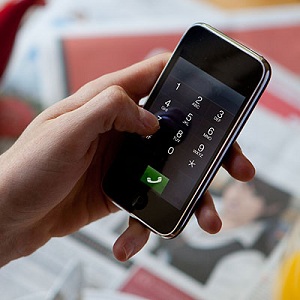 The next time a burglar breaks in, or the house is on fire, or there is a road accident in the neighbourhood, dial 112 — the proposed Indian equivalent of the American 911 all-emergency response number. The Telecom Regulatory Authority of India (TRAI) has recommended implementation of the toll-free number as a single point of contact for assistance in a major emergency, or when the pet cat refuses to climb down the tree, a top recurring request for which the US emergency service phones keep ringing. The new helpline should be an integration of all existing emergency numbers in India such as 100, 101, 102 and 108, the regulator says.

The TRAI suggested the existing helplines can be retained as secondary numbers and if a call is made to any of these numbers, it should be directed to 112. The mechanism looks simple: a caller dials the emergency response system (ERS), a software interprets the call, chooses the appropriate response and dispatch, for instance, police for a woman in distress or an ambulance for an accident.
The ERS will be able to receive voice calls from landlines, mobile phones, public pay phones, Internet as well as multi-line telephone systems, voice and text messages. Calls can be made even when the outgoing facility has been debarred or the service is temporarily suspended.

Telecom and Internet service providers will have to enable their networks for integration with the system, which will also have an automatic location information database to identify the spot from where the call has been made. Calls and text messages will land at the nearest public safety answering point or the control room.