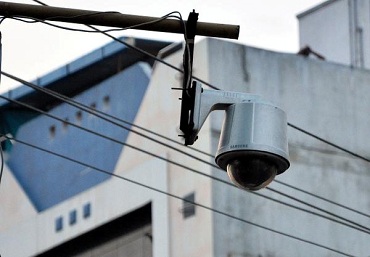 Parts of central Delhi will now be under the surveillance of 25,000 CCTV cameras after repeated incidents of street crimes were reported from Karol Bagh, Ranjeet Nagar, Paharganj, Daryaganj and other places. The process was expedited after the recent Turkman Gate road rage incident in which a man was killed by five people after his bike brushed against their car. After the incident, police had conducted a survey of CCTV coverage at vital places in the district. The survey included a number of functional cameras, several installed inside establishments, ones that covered deserted stretches, among others.

In the Turkman Gate road rage incident, police had to depend on witness accounts to identify the killers and establish the sequence of events as cameras were not working. Recently, two fisheye lens cameras were installed at Turkman Gate. The CCTV cameras have been installed with the help of the public, police said. Meetings were held with resident welfare associations, market associations, establishments and residents to help police in installing them.

In these meetings, Delhi Police reiterated how public could help them curb criminal activities and other street crimes. These CCTV cameras will be monitored at the police station. Individuals, RWAs and market associations have been asked to keep the footage for 7-15 days. The survey has also zeroed down on areas where fisheye cameras can be installed. “We are seeking the help of various establishments and people to get CCTVs installed in other districts as well,” said Rajan Bhagat, DCP (Crime). More than 40,000 cameras are being installed in other districts of Delhi, sources said.