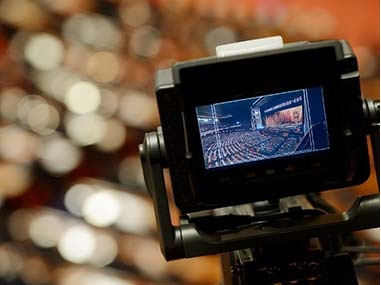 In the aftermath of the Petroleum Ministry espionage case where several crucial documents were leaked, the government is planning to install CCTV cameras in the corridors of several ministries. CCTVs will be installed in the ministries of Home, Defence, Telecom, Finance, Power, Coal, Environment and Petroleum, says a report. The report also said that a ban will be imposed on entry into the ministry offices after office hours and only those with authorisation from superior officers will be allowed inside.

“We now have an Aadhaar based biometric system to record entry and exit timings of government officials — proper monitoring of the same could itself go a long way in stopping such incidents,” says a senior DoPT official. This move by the government comes after the Delhi Police arrested 12 persons for allegedly leaking confidential government documents to certain independent consultants and energy companies in what could be a case of corporate espionage.

The Delhi Police had also said that documents recovered from the five corporate executives, arrested in the case, are related to “national security”. “National interest was taken for a ride in the case. Documents related to national security have also been recovered. This may attract charges under the Official Secrets Act,” the police had told the court. The police has raided offices of corporate houses like RIL, Essar group and questioned officials from other organisations like Reliance Anil Dhirubhai Ambani Group (ADAG), Essar Group and Cairn India over the case.