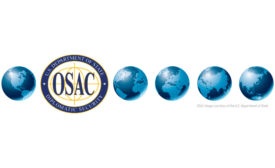 Overseas Security Advisory Council (OSAC) New Delhi Chapter’s meeting on the 9th of October 2018 at the US Embassy in New Delhi saw a decent attendance of over a hundred participants from organisations such as Accenture, Adobe, American Express, Australian High Commission, Bank of America, Barclays, Boeing, Cognizant, Facebook, and Microsoft etc.

During the meeting different speakers spoke on various topics related to security but the highlight of the meeting was the insightful Senior Regional Security Officer who delivered a talk with some very insightful tips on how to do business in China. The audience were able to get a fair idea on how the real security and cyber apparatus in China really works.

The meeting also had about fifteen female students from Vedica Scholars -an MBA college, who had been invited to attend the meeting to encourage them to look upon security as a first career option rather than the last.

The Overseas Security Advisory Council (OSAC) was created in 1985 under the Federal Advisory Committee Act to promote security cooperation between American private-sector interests worldwide and the U.S. Department of State. OSAC has developed into an enormously successful joint venture, with U.S. companies and organizations receiving the tools they need to cope with security issues in a foreign environment. OSAC is a free service to U.S.-based or incorporated private sector organizations with overseas operations. 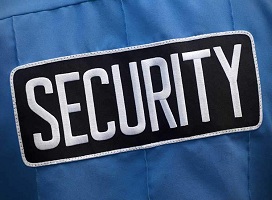 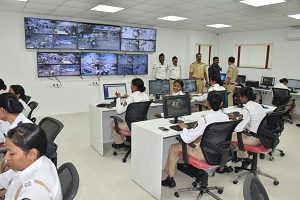 Many important aspects were discussed & highlighted by the panel to open up new ideas for professionals to implement in their day to day security operations. Pune Security Professional Forum Steering committee members – Mangesh Kate (Physical Security Risk – Head, HSBC Software Development India Pvt Ltd) & Sunil Beedlam (Senior Manager – Group Intelligence Officer, Volkswagen India Pvt Ltd) addressed the forum & gave the background of the formation of the PSP Forum and the journey so far, where they mentioned that Mangesh Kate formed this forum in the year 2013 with the idea of bringing the corporate security professionals of Pune under one umbrella named Pune Security Professionals Forum.

The group began with 20 of them & today it has successfully grown & strongly sustained with a 150 plus members group which has security professionals from diverse industries like – Multinational Banks, IT, ITES, BPO, KPO, Hotels, Manufacturing units & Senior Police Officials.

Bhanupratap Barge, ACP, Crime Branch, Pune City, was also invited as a guest speaker to deliver his views of the current crime scenario in Pune city & what precautions need to be taken in corporate security to ensure that crimes can be prevented. Barge also spoke on the major crime types which they have to deal with in Pune, which are Body Crime (Murder, Rape, Assault, Kidnapping), Cyber Crime (related to social media harassment, illegal content sharing on social media, defaming someone, cyberstalking etc.) Economic Offenses (duping someone, Money Fraud, Cyber frauds, data thefts, cyber-attacks etc.), out of which the policemen’s priorities changes for each crime, mentioned Mr. Barge, as each crime when reported has its own importance & background based on which the cases are prioritized for investigation.

ACP Barge insisted on and requested all the professionals present to do a deep background check of all the resources / employees they are hiring in their organizations, which is the first step to know about a person & his history. Also, the background checks & police verifications are to be sought from the persons present address, native address & all the places where the person has resided.

He also mentioned that the government is working on consolidating such details; in future they will be issue these reports from one source. Further, he also spoke on the initiatives Pune Police Commissionerate has taken on addressing complaints from the public & have brought up various platforms like IVR technology introduced for Police Emergency 100 number, where the caller will be guided to the right person & it will also put a control on fake callers & only the right issues will be addressed.

The Police Control centers are mapped with live CCTV monitoring across the city & the local police stations. Beat Marshal Vehicles are equipped with GPS, which helps the control room to contact the nearest Beat Marshal in any particular area from where the complaint or crime has been reported & the Beat Marshal will reach there with in 7 to 9 minutes. The same technology is used at Police Traffic Control Center as well.

He added that the staff selected to address the issues are specially trained in handling & addressing such issues, so that the caller / complainant feels comfortable while speaking to a policeman / woman. He also spoke on the Damini Pathak & Buddy Cop initiative by the Pune police which is specially formed for addressing issues related to women’s safety & they are special trained in it. Barge also gave some handy tips for women present in this meet how can they save themselves in case they are facing an assault and he also shared his mobile number with all to reach out to him for any assistance from Pune Police. 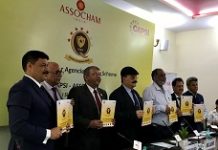 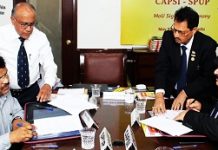 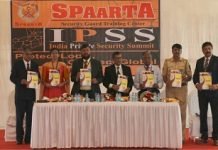