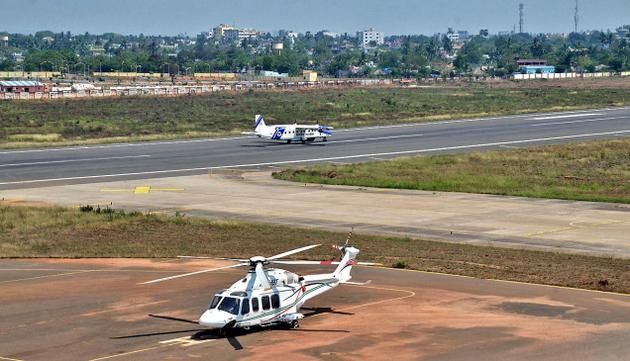 Mumbai International Airport Pvt. Ltd. (MIAL), the airport operator, has begun the tendering process for a CCTV network along the Chhatrapati Shivaji International Airport’s (CSIA) 18.8-km long perimeter. The need for a live surveillance at the outer perimeter was felt necessary for a a timely response to any intrusion that is picked by the Perimeter Intrusion Detection System (PIDS). These real-time visuals will support the blip on the Control Room computer of the PIDS and help Central Industrial Security Force (CISF) prepare a measured response.

While the airport has a perimeter of 18.8 km, the PIDS wall is 10.8-km long. At present, around 120 CISF personnel patrol and monitor the perimeter wall. “The integration will be such that the CCTV cameras will pinpoint the exact location where the PIDS sensor system goes off. With the CCTV network, the exact location and nature of threat can be seen real-time,” said the MIAL official.

Earlier, the PIDS system picked up an intrusion. At the same instant, an alarm went off in the control room and a portion of the colour-coded PIDS boundary started blinking on the screen, explained CISF officials. A taut wire with vibration sensors and a razor wire mesh in areas considered “sensitive” because of the proximity of slums is what constitutes the PIDS system.

“It has been designed to detect vibrations caused by humans and dogs, basically real threats, unlike birds,” explains Captain Akshay Kumar, managing director of Slingshot Security Solutions Pvt Ltd, the company that installed the PIDS at the airport. The PIDS system, which was live and under testing since November, successfully detected two intrusion cases on December 23 and January 1. However, after the intrusions, CISF has asked that the razor wire mesh, only installed in sensitive areas along the perimeter, be expanded throughout. The seven-foot high PIDS “wall” is around 10 feet inside the actual perimeter wall of the airport. Earlier, only CISF personnel patrolled the entire perimeter.