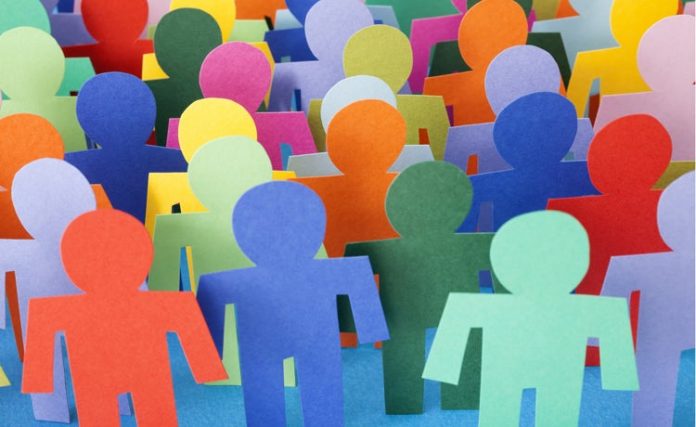 An article by Simon Denyer and Annie Gowen published in the Washington Post caught my attention. I found it quite unnerving so I dug deeper and read other researched material on the topic. A new problem, which can have global ramifications has been created by the human belief systems and policies of some countries. This has the potential to impact our whole ecosystem adversely in the future and signs of this are already visible. While mankind has created other difficulties for itself, such as water shortages and climate warming, these can be reversed, if we were to change our ways fast or develop alternate methods of overcoming these complications. But the problems cited by the authors in their article has taken many decades to acquire its current worrying shape and there does not seem to be a quick remedy.

Nothing like this has happened before in human history!

The article is about the occurrence of gender imbalance in some countries, especially India and China, and its consequences. It says that today in these countries, men outnumber women by 70 million, where India leads, with 37 million excess males. It says, both these nations are belatedly trying to come to grips with the policies that created this male-heavy generation. And, now that this problem is there, there are serious implications.

The consequences of having too many men, now coming of age, are far-reaching: Beyond an epidemic of loneliness, the imbalance distorts labor markets, drives up savings rates in China and drives down consumption, artificially inflates certain property values, and parallels increases in violent crime, trafficking or prostitution in a growing number of locations.

There does not seem to be a quick remedy.

‘The World Atlas’ states that the sex or gender ratio is a demographic term referring to the number of males for every 100 females. The ideal ratio is somewhere from 105 to 107:100, which means 105 to 107 men for every 100 women. This ideal ratio was first documented in 1710 and several other studies have confirmed these figures. This study felt that where males are predominantly more than females, problems such as homicide and violence may arise.

In 2002, a discussion on the ‘dangers’ of surplus men was set off by two political scientists, Valerie Hudson and Andrea M. den Boer, in an alarmist paper, ‘A Surplus of Men, A Deficit of Peace’ that was published that year and was later converted into a book. The authors state, ‘High sex ratio societies simply have a different security calculus’. They refer to the likely domestic, regional, and perhaps even international repercussions if the growth (of young unattached men) is left unchecked. It documents links across history between surplus males and rebellions, a rise in crime and general social disorder.

A book titled, ‘Too Many Men, Too Few Women’, edited by Ravinder Kaur, a professor at IIT Delhi, also speaks of various studies that have been conducted on the subject of gender imbalance.

One of the direct impacts of this gender imbalance is the increase in sexual crimes, a problem that India is already grappling with.

One of the direct impacts of this gender imbalance is the increase in sexual crimes, a problem that India is already grappling with, as currently there are 220 men in the age band of 15 to 49 years to every 100 women in the ages 15 to 29 years! Cases of rapes and molestations of females are on the rise, despite courts fast-tracking such cases and even awarding death sentences to the guilty. So much so, that these issues are now taking on a political hue at the national level, as India approaches the 2019 general elections. Prostitution and consumption of porn are also on the rise as there are huge numbers of young men who can’t find girls to marry. Imagine the big risk that this situation poses to society!

In China, this problem is resulting in human trafficking. Trafficking of brides is on the rise, foreign women are being recruited and lured to China, and effectively creating similar imbalances in China’s neighbors.

This problem, unfortunately, is not confined to just local security issues for India and China. The consequence of this gender imbalance in two of the world’s most populous countries has the potential to impact the global economy and world peace. History has shown that wars have resulted in the reduction of men. Take the case of Latvia, a former Soviet Union country, which experienced a great decline in the male population during World War II, where there are more females today than the number of men. Researchers have even gone to the extent to predict that China is likely to use its surplus males to ‘suppress violence at home and export it abroad through colonisation and war, while India, as an ethnically heterogeneous society, may find itself engaged in higher levels of inter-community strife and conflict within the subcontinent’.

While such predictions may seem far-fetched, with little evidence on the ground, one cannot ignore the fact that these two countries have 70 million excess males and in comparison, the total number of soldiers deployed by all the militaries in the world is about 65 million!

However, at the moment the main proposition of the arguments, which is food for serious thought on gender imbalance, is: An excess of males is in general, disruptive of society and may put women at greater danger.

From the Editor’s Desk: DECEMBER 2017