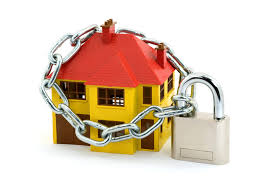 According to a new report out this week from research and consulting firm Markets and Markets, the global market for home security solutions is expected to reach $34.46 billion by 2017, growing at a compound annual growth rate (CAGR) of 9.1 percent from 2012 to 2017. In a statement, the research firm said that the market for residential security systems has gained momentum recently, driven by rapid rises in crime rates as well as technology advancements.

Among the key factors driving market growth, according to Markets and Markets, is increasing demand for home monitoring, as well as the proliferation of smartphones and tablets. However, the report also found that a “lack of technology awareness and high cost” are inhibiting the growth of the market somewhat.

North America held the highest share of revenue generation as of 2011 with 55.6 percent, followed by the Asia-Pacific region with 28.4 percent. Alarm systems held the highest share of the home security solutions market as of 2011 at 35 percent, while intercom systems were found to have a market share of 26 percent. Among other home security devices, cameras were found to have the most growth potential with a market share of 26.69 percent as of 2011, followed closely by electronic locks and sensors with market shares of 26.32 percent and 24.49 percent respectively.